For commercial vehicles, every upgrade of the emission standards will bring great shocks to the market. For example, the implementation of the heavy truck nation III last year caused the annual sales to be â€œhigh before and after lowâ€. However, many light-card companies expect that the implementation of the current young card country III standard in the country will be relatively stable. Looking into the second half of the year, light truck manufacturers are looking forward to the recovery of the national economy, which will bring growth opportunities to the light truck market. 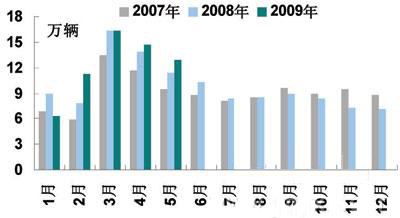 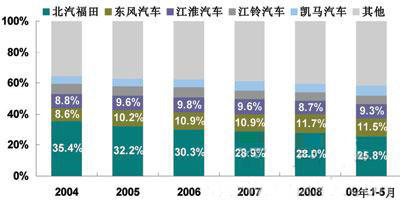 There is no sign of collective branding in advance

On June 26, 2008, the â€œCircular on the Implementation of National Phase III Limits for Motor Vehicle Emissionsâ€ issued by the Ministry of Environmental Protection has made it clear that N1 light diesel vehicles sold nationwide after July 1, 2009 (A diesel vehicle with a maximum design total mass not exceeding 3.5 tons must meet the national III emission standard.)

On July 1, light truck nation III policies below 3.5 tons were formally implemented throughout the country. However, unlike the market panic triggered by the implementation of State III in heavy trucks, the transition of the young card nation III standard is quite stable.

The reporter learned from the multi-field market in Guangdong that this phenomenon of "counterfeiting" is still seen in second-tier cities in Guangdong, such as Zhaoqing, Shaoguan and Zhanjiang. Many dealers have hoarded some products, and have had a good hand before July 1. Used as a used car sold to consumers. However, the current situation is far from being the case when Guangzhou implemented State III in advance.

Liu Qiming, deputy manager of Foton Automobile Ao Ling Sales Co., Ltd., believes that this is mainly related to two factors: First, the government clarified the implementation time of State III in advance and transitioned for one year. Light-duty truck manufacturers have already prepared for production cuts and production suspension; This year, the subsidy policy for farmers to buy light trucks has greatly promoted the sales of N1 light trucks, and their inventory of China II products has been completely emptied.

In addition, in July last year, shortly after the implementation of the National III standard in some central cities, the light-card market saw a wave of price cuts. The prices of light-card companies such as JMC, Qingling, Jianghuai and other light-card companies generally reduced by 5,000 to 8,000 yuan, partially digested. The cost of emission upgrades has risen, so the current price of the State III light truck is not much higher than that of the State II. In this way, the market space for dealers to â€œcounterfeitâ€ is not large, so the phenomenon of licensing on the market is reduced.

"Before high and low" is not expected to appear

When heavy trucks were used to implement State III in the past year, there was a phenomenon that a large number of consumers purchased in advance, resulting in a malformed â€œhigh-to-lowâ€ trend in the heavy-duty truck market; this year the young card fully implements new emission standards, and there is also a phenomenon of early consumption.

The reporter learned from the dealerships that sell light trucks in Zhanjiang and other places that because the market has fully realized that the national III emission standards will be implemented as scheduled this year, in the first half of the year, â€œthe consumers who bought the cars purchased cars in advanceâ€, so although the first half The economic environment is not very satisfactory, but the sales of the truck industry still have a certain growth year-on-year.

If the advance consumption brought about the increase in sales volume of light trucks in the first half of the year, will the market appear to be in the same direction as heavy trucks in the second half of the year? At present, the industry as a whole is more worried, and light-card manufacturing companies are generally more optimistic.

According to a report by HC, although the implementation of emission standards will play a certain role in suppressing light trucks, under the government's policy of encouraging and supporting them, the overall young card market in 2009 is expected to grow by about 5%.

According to a KGI report, it can be seen that â€œfrom car to the countrysideâ€, â€œretirement subsidiesâ€, â€œreplacement of old-for-newsâ€ and the latest â€œsubsidy for purchaseâ€ in â€œcars to the countrysideâ€ to â€œpurchase direct subsidiesâ€ can be seen. The governmentâ€™s emphasis and determination on the commercial vehicle market. Considering that the macro economy is gradually recovering and fixed asset investment is operating at a high level, and the real estate market is tending to pick up, the commercial vehicle market is expected to recover very much in the second half of 2009. In individual industries, the light truck sector is heavily supported.

In the mid-term investment strategy of the automotive industry released by GF Securities, it is said that increasing the direct subsidies for farmers to purchase micro-cards and light trucks is a â€œlate giftâ€ for the light-card market. GF Securities believes that direct subsidy measures will promote sales of light trucks and micro cards, but it cannot be expected that this measure will have the same effect as stimulating micro-customers.

Yang Rongfeng also believes that these policies have a limited role in promoting sales of light trucks. The reason is that currently the price of light trucks in the mainstream countries III is above 80,000 yuan. Few consumers will buy them because of a subsidy of 5,000 yuan. On the contrary, only low-end light trucks can actually benefit, but at present these products have already been withdrawn due to substandard emissions.

Futian Ao Ling's Liu Qiming believes that the key to determining the trend of the light-duty truck market in the second half of the year is the degree of economic recovery. This statement has also been recognized by Yang Rongfeng, general manager of Guangzhou Jiangling Sales Company. The preliminary judgment of all parties is that in the second half of the year, the overall performance of the light truck market will be better than the same period of last year as the overall economy of the country becomes better. It is expected that the growth of the young card market will be between 5% and 10%.

An exhaust system is usually piping used to guide reaction exhaust gases away from a controlled combustion inside an engine. The Whole Exhaust System conveys burnt gases from the engine and includes one or more exhaust pipes. Depending on the overall system design, the exhaust gas may flow through one or more of: